Driving around Brookside, Waldo, and Prairie Village,  every so often you will see a brand new home built on an empty lot where an old house once stood.  Occasionally,  these homes may not  blend in with the surrounding houses. It could be the location on the lot, the height of the home compared to others, or the architectural style (for example, a modern design  in a 1920s nieghborhood).  Here are two examples, both homes in Brookside: 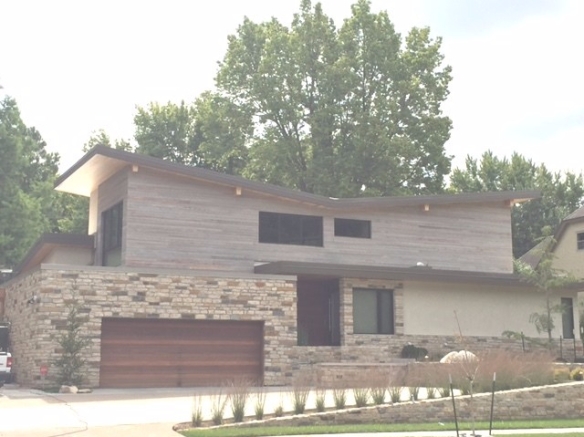 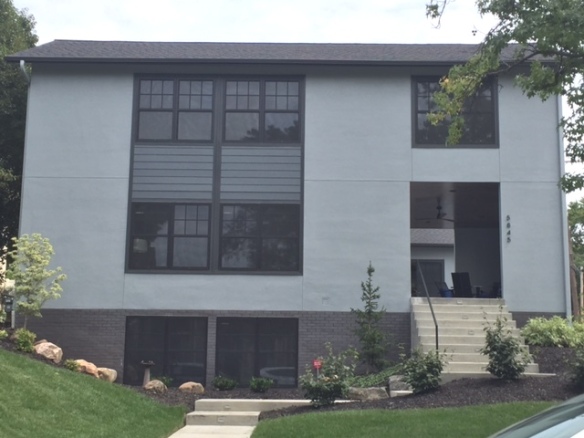 Homeowners in the Wornall Homestead Homes Association (392 homes) decided to explore ways of preserving the original character of the neighborhood.  The newly built house at 5729 Wornall (at top)  was the catalyst for the action.  Opinions vary on the design of the house itself; what caught the attention of the surrounding  residents was the smaller setback from the street compared to the adjacent homes.

I recently talked with Sandy Eeds, a retired architect and Vice President of the WHHA, to learn more about the process they used in creating the “special character overlay district”  for their homes association.

After doing some initial research on the original deeds restrictions from the 1920s  (long since expired), and current zoning requirements, Sandy met with the KCMO Planning Department who suggested the use of an overlay district.  The WHHA board agreed to pursue this approach and began the long process of engaging and educating the homes association residents on the idea.  Eeds explains:   “The broad intent was to preserve the character of the neighborhood by maintaining the basic density and other features that were important to the residents.  We started conversations with neighbors by suggesting a return to JC Nichols’ original deed restrictions, such as preservation of the original setbacks and the small number of architectural requirements contained in them.”

Eeds and the board members held many meetings to hear residents’ concerns and listen to their input.  What did the neighbors want to see restricted–and what not to restrict–when a homeowner is making exterior renovations or building a brand new home in a 1920s era development?  The consensus was to create a “neighborhood conservation overlay district”  as set forth in the Zoning and Development Code that would define the WHHA’s own guidelines for land use, maximum lot size, building size, fencing requirements and other features. The intent was not to regulate taste or delve into the more subjective aspects of home design.  For example, the minimum ground floor size must be 800 SF (no so-called ‘tiny houses’) and no lot aggregation that results in a lot more than 8000 SF.  Maximum building height is 35′, and there are some material restrictions:  no artificial stone, or metal panels.  Anything not addressed in the ordinance is covered by the existing  R6 zoning (minimum lot size of 6000 SF for residential home).  As with any zoning category, homeowners can request a variance subject to the usual Planning Department application and hearing process.  Also addressed in the ordinance are rules for bed and breakfast businesses and short term stay rentals (like AIRBNB).

After draft language was completed, it was mailed to all property owners prior to the association’s annual meeting.  Members of the board then went door to door obtaining signatures of support for the ordinance  on a petition, with a goal of over 50% in favor.  It was important to build consensus in the neighborhood before presenting to city government committees.  After years of hard work, planning and clear communication with everyone involved, it passed through the Plan Commission, Planning, Zoning and Economic Development Committee and City Council.  The effective date was August 3, 2017.  The official name of the ordinance is the Wornall Homestead Overlay District and it is the first residential overlay district, with the exception of certain historic overlays,  in Kansas City MO. 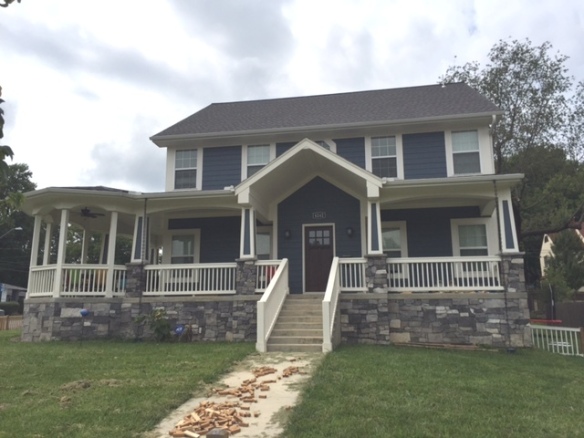 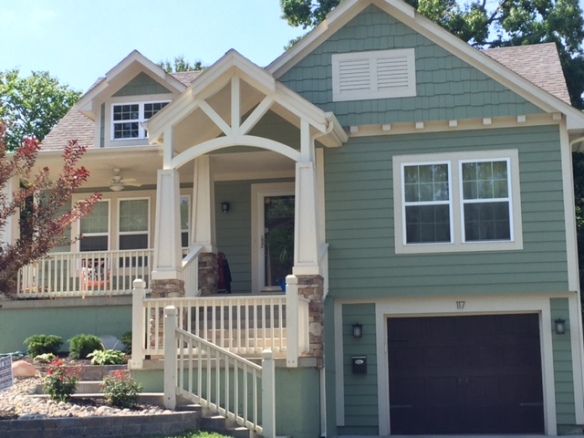 On 72cd St between Oak and Main

We do have a few examples of newly built homes in Brookside and Waldo that blend in well with the neighboring homes.  (See photos above).  Both of these homes have incorporated exterior design, details and features of the surrounding houses and fit well on the lot.   On the Kansas side in Prairie Village, the same thing is happening–some new houses  compliment the surrounding properties while others almost shock passers by as to how much they contrast  with the homes next door. Here are two examples from PV: 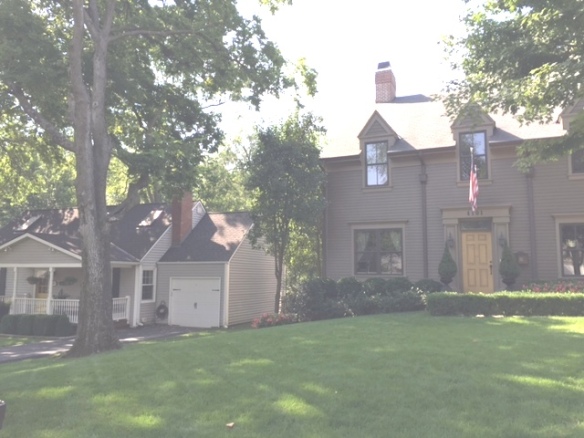 On Prairie Lane in Prairie Village 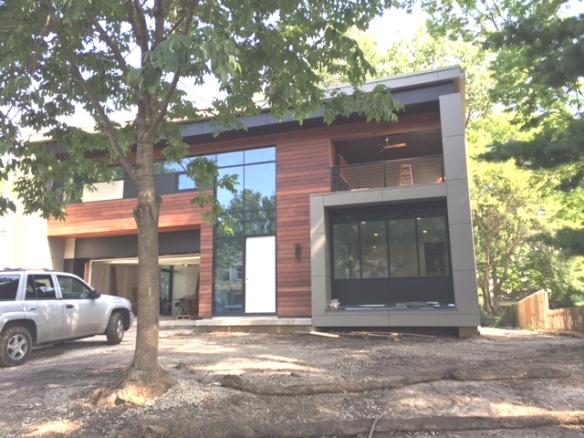 under construction in Prairie Village at 69th and Tomahawk.

What do you think?  Is it important to have newly built houses  in older neighborhoods complement surrounding homes?  When a new home is built on the majority of the lot with little greenspace, how does that affect nearby property values?  Would you support such an ordinance in your area? If your  neighborhood association is interested in creating an overlay district, Sandy would be happy to talk with you.  You can reach him at seeds@wornallhomestead.org