Jorjy in the Brookside shops

Brookside’s favorite baby shop Lauren Alexandra has a sibling!  Located right next door, it’s called Jorjy, a “thoughtful furnishings and giftables” store.  Owner Pamela DiCapo decided to open Jorjy after getting so many requests to supply furnishings and decorate rooms other than a nursery.  Jorjy, named after a much loved family dog, opened in September in the former Shop Beautiful space at 320 W 63rd St.

Step inside Jorjy and you’ll find attractive art prints, pillows, bedding, jewelry, books, accessories and a large selection of  barware.  Pamela also carries a fabric and wallpaper line exclusive to this store, and plans to start a wedding registry.  After the success of Lauren Alexandra, she explains this next venture “was a natural progression.  I felt there was a void on the marketplace.  I love designing and collecting  beautiful home products”.  This shop is perfect for picking up something unique and special for yourself—or as a gift. 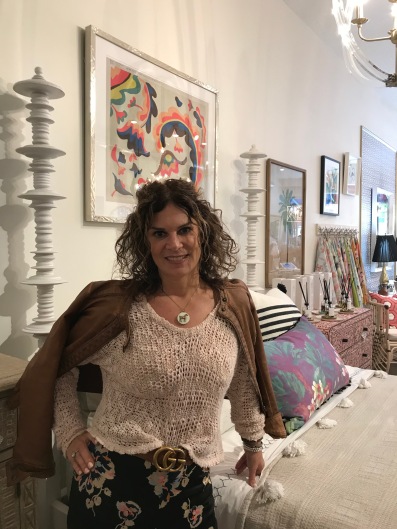 At one time, Pamela was a real estate agent..but she always had a knack for home design.  She pondered being a talk show host or starting a mail order catalog.  After finding a small wood craftsman to create a table and chairs for her children, she decided to open a children’s boutique.  Her Brookside store was featured in the Kansas City Star and a Designers Showhouse…and sales took off.  That was 25 years ago!  She’s kept the business going despite the recession and internet competition.  “Brookside residents are incredibly loyal to the retail stores and restaurants here, and there’s a real comraderie with the other shop owners.  We are all very supportive of each other”.  At Jorjy, she’s added a full time designer besides herself and can decorate/redesign any room in a home.

Jorjy is open seven days a week, in the heart of the Brookside shops.  Don’t miss the beautiful window display as you stroll along 63rd St!  You can reach Pamela at hello@shopjorjy.com or check out the instagram page:  @shopjorjy.